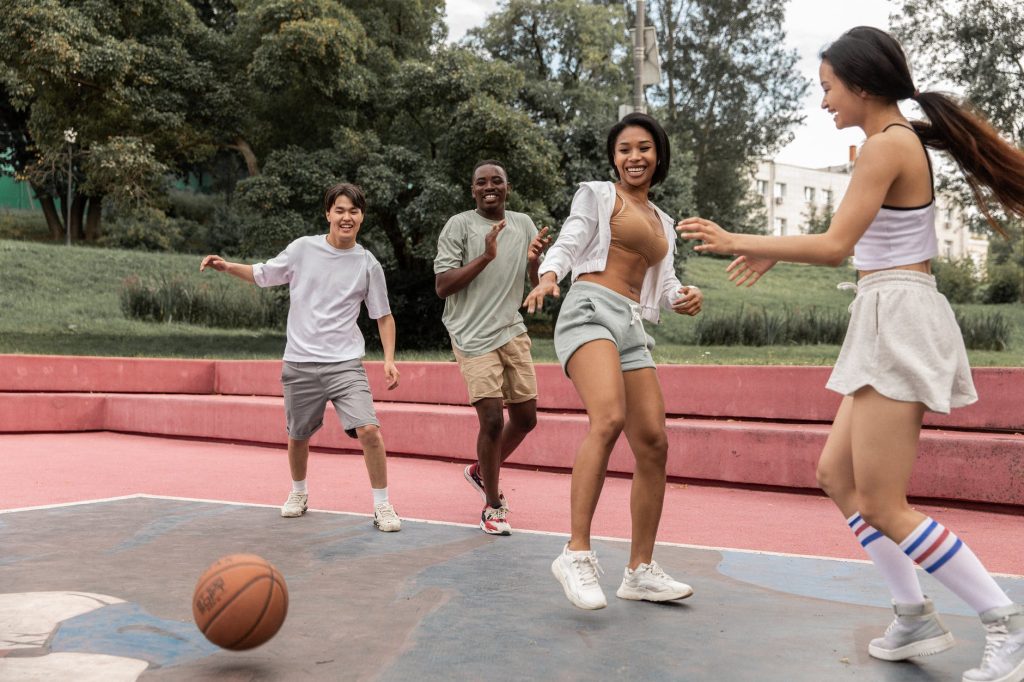 Unbelievable Ways of Boosting Your Metabolism

It’s simple enough to understand how you can lose weight. You minimize your calorie intake, and then you go to a gym like American Family Fitness and burn more calories than you consume.

You can also burn calories when you’re not working out, depending on your metabolism. Metabolism basically refers to how your body turns food and calories into energy. A faster metabolism burns fat more easily.

You can improve how efficiently your body can burn calories (including your fat stores), though some of these metabolism-booster methods may be unexpected:

No, this isn’t a joke entry to the list. As it turns out, Reader’s Digest wasn’t entirely kidding when they kept saying that laugher is the best medicine. It helps with stress, and these days we already know that stress can then lead to increasingly deteriorating health.

A study, published in The International Journal of Obesity, revealed that laughing loud and long can lead to a 10 to 20 percent boost in resting heart rate and basal metabolic rate (the energy needed for metabolic functions like breathing). If you giggle throughout the day, and these laughing sessions last a total of 10 to 15 minutes, your body can end up burning an extra 40 to 170 calories. That should make you smile, at least.

You’ve probably read and heard plenty of experts saying that you need to hydrate properly. This offers plenty of benefits. You can add water’s role as a metabolism-booster as another benefit. If you drink more water, your body burns more calories.

This was shown by a study published in The Journal of Clinical Endocrinology and Metabolism. The participants of the study drank 2 tall glasses of water (17 ounces), and then afterwards it was found out that their metabolic rates increased by 30%.

According to the researchers, drinking 6 cups of water a day (that’s 1.5 liters) burns an extra 17,400 over a span of a year. You’ll lose about 5 pounds as a result.

This seems counter-intuitive and contrary to conventional thinking. The old rule was that you don’t eat carbs at night. The body burns the carbs for the energy, but at night, your body isn’t really moving. So, your body will just turn the carbs into body fat.

But it turns out that it’s not actually all that cut and dried. Several studies have shown otherwise.

One of these studies was published in the European Journal of Nutrition. The study had 2 groups of men on identical diets for weight loss. One group consumed the carbs evenly throughout the day. The other group had a significant portion of the carbs eaten at night.

The result was that the nighttime carb eaters burned more calories while digesting their food the next day. In contrast, the daytime carb eaters showed increased blood sugar levels.

Isn’t diet soda supposed to be for dieters? Doesn’t it have zero calories?

Well, a study published in the journal Trends in Endocrinology & Metabolism revealed that these diet sodas may not be all that good for you. The artificial sweeteners in diet soda can mess up the body’s normal metabolic response to sugar. These drinks can actually end up increasing your appetite.

Isn’t chocolate bad for you? That’s the assumption of plenty of people. After all, most “healthy” food taste crappy compared to “bad for you” food like steak and most fast-food menu items.

A joint German and Swiss study, however, indicated otherwise. The participants of the study enjoyed 1.5 ounces of dark chocolate every day for 2 weeks. Afterwards, it was found out that these participants’ metabolism became more regulated, while they also had lower stress-hormone levels.

Just don’t go overboard, however. That means stick to just 1.5 ounces and to dark chocolate in particular.

You may want to use apps like twilight on your mobile devices, as these apps reduce certain parts of the light spectrum at night. That can lead to a faster metabolism.

It’s been discovered that the LED lights in smartphones can disrupt the production of melatonin, which is the sleep hormone. That’s a problem for your metabolism, since a good night’s sleep helps with your metabolism.

What this means is that you need to tone down the LED brightness when it’s approaching bedtime.

Turn on your bedroom air conditioner when it’s time to sleep, and you can boost your metabolism. To understand how this works, you need to know the difference between brown fat (the “good” fat) and the white fat (which is bad for your weight).

The brown fat gets activated when it gets cold, and the brown fat responds to the lower temperature by producing heat to maintain your normal body temperature.

Brown fat also contains a lot more mitochondria than white fat. These mitochondria are what burn calories to produce the heat. In other words, the brown fat burns the white fat when it gets cold.

One study showed that when people sleep for 4 weeks at a temp of 66 degrees, their volume of brown fat doubles, thereby consuming more calories to produce heat.