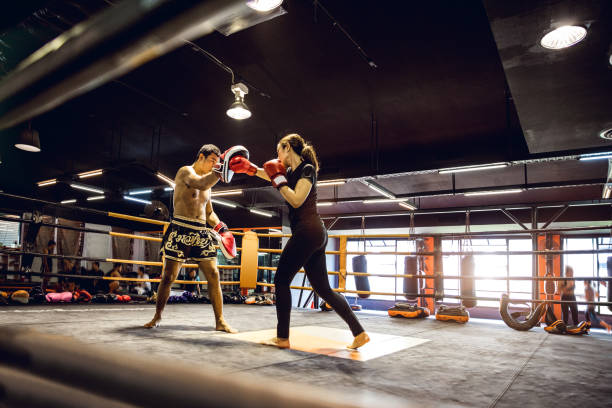 What Should I Wear for Muay Thai?

Among Muay Thai’s appeal is its focus on culture and traditions. Even in international events, you’ll hear classical Thai music (Sarama) during Muay Thai fights. Fighters wear armbands called Prajiads as well as the Mongkhon which is a traditional headgear.

The Mongkhon is believed  to offer protection and good luck to the person wearing it. Traditionally, this headgear is made by hand and comes with talisman and other adornments. It is blessed by monks in a ritual prior to being worn. Before entering the ring, the fighter puts on the Mongkhon.

Armbands known as Prajiads are also worn during a Muay Thai fight. This tradition can be traced back to the old times when Thailand (Siam) was always at war with neighboring tribes and kingdoms. Prajiads, which is usually made from fabric torn off the mother’s clothes, are said to grant good luck to the person wearing it.

But if you’re more interested in knowing the dress code for Muay Thai training, well, it’s actually quite basic. At the very least you’ll need to wear the Muay Thai shorts. Often this is paired with a t-shirt or an exercise tank top.

Muay Thai shorts are similar to Western boxing shorts except that the former are much shorter (length is around mid-thigh) while boxing shorts reach right above the knees. Muay Thai shorts offer more freedom of movement, which is needed to ensure the wear feels unhindered when throwing kicks. Fabrics for the shorts are often polyester-blend, nylon or satin.

Muay Thai gloves have some differences from traditional boxing gloves in that they are more evenly-padded throughout to offer protection against kicks and elbows. Lace-up gloves for professional fights have weights of 6oz to 10oz. The ones used for training have velcro closures.

Hand wraps provide hand and wrist support, helping to minimize injuries during a fight. For training, you can use reusable, washable hand wraps. For competitions, you’ll need bandages for wrapping hands.

Many fighters train or fight with ankle guards for additional support, as these things help with balance and prevent ankle injuries.

Muay Thai, during the 18th century when it first transitioned into a sport, the fighters’ hands were wrapped in hemp rope (Kard Chuek) giving them the ability to get higher knockout rates. Today, events still allow practice Kard Chuek albeit with some modifications. Fighters wear 4oz gloves that are then wrapped with ropes.

Muay Thai is a completely different sport from Western boxing, which uses only punches. Thai boxing uses many techniques like knees, elbows, sweeps, and kicks as well as clinching. Muay Thai kicks give the fighter a longer range of striking. On the other hand, boxers tend to have more powerful punches although this is not always the case. In terms of street fights or for self-defense, having boxing and Muay Thai skills will definitely come in handy.

Checkout this Muay Thai class so you can have an idea of what to expect: