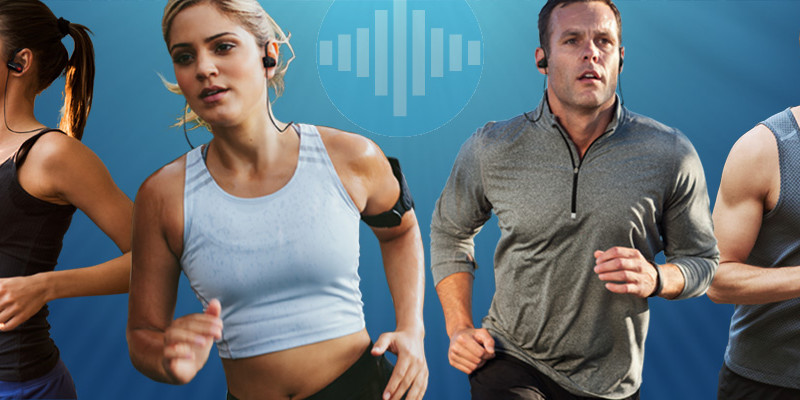 The Case of Music and Running: Advantages and Disadvantages

If you have a penchant for running and are a music aficionado at the same time, you might have encountered this question at one time — is it advantageous to listen to some tunes while running?

According to a survey from Runner’s World, which involved around 3,500 runners, a quarter or 75 percent said that they prefer running while listening to music. While several other surveys share more or less the same result, another group of runners considers music as a distraction rather than something that helps you keep your focus.

In this article, we’ve rounded up some pros and cons about this talked-about fitness and lifestyle issue.

Findings of sports psychologists argue that music helps improve your running performance — especially when the songs played in the background have relatively faster tempos.

The universally-loved art form also aids in decreasing the so-called “perception of effort.” Many researchers claim that music has the ability to outpower the pain associated with running.

Scientifically speaking, music can be regarded as an external stimulus that hinders an internal counterpart that tries to reach the brain and say to it that your body is already experiencing fatigue and stress.

The advent of technology has also allowed companies to continuously develop music-streaming gadgets that are lighter than their predecessors. This only lures more members of the running populace to try listening to their jams while pursuing their other passion, without compromising comfort and convenience.

One of the main points stressed out by those who prefer to run sans music-streaming device is the lesser attention being given to the activity itself. For the “unplugged purist,” it is of high importance to be aware of your surrounding while running because it is a very vital element of the said sport.

As your focus is now divided between keeping up with the pace and hearing the song (especially if it’s your jam), many contest that you will probably miss out some important details in your run.

A much worse case is trading off safety. With the music on, you are prone to not hearing potential danger in your surrounding — an approaching car or a bicycle, for instance.

And this is the reason why others encourage you to put on that earphones or headphones only when running on a treadmill (which is available for purchase, or at your favorite gym, e.g. the Missouri-based Club Fitness — they have one of the most welcoming environments in the country!).

The choice actually lies on your own hands. It is up to you whether you will join the growing sub-culture that protests that enjoying music and running can be done simultaneously, or the group of purists that considers running as a sacred sport that should not be interrupted by any other factor.

The case of music and running has long been a talk-of-the-town in the running industry, and both sides have laid out pros and cons that you can subjectively weighed in. So long as you meet the goals that you have set for yourself, the final verdict is really up to you.