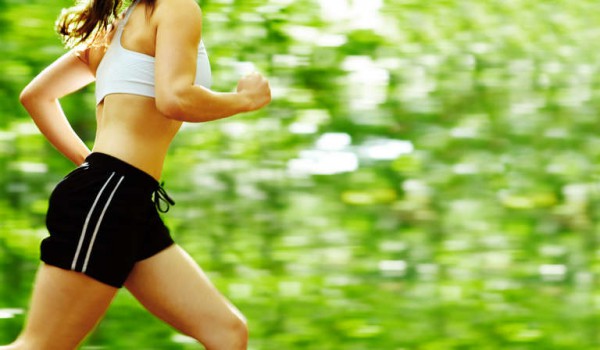 How Regular Exercise Can Reduce Risks of Cancer

Cancer, so-called The Big C, is undoubtedly the most notorious killer disease in the entire planet.  In 2012, it was reported that more than 8 million people in the world died because of it.  The number of people suffering from or being treated for cancer is surely higher than that. Likewise, authorities figure that there is no stopping the increase of annual cancer cases in the world with the World Health Organization estimating that the yearly cancer cases will jump to 222 million in the next 20 years.

The scary part about cancer is it can occur to just about anyone, regardless of race, age, and status in life. The rich can get cancer in the same way that the poor can get afflicted with it. The same goes for the elderly and the young.

Whilst there are lots of foods believed to be anti-cancer like garlic and berries, consumption of these foods is not the only way to lessen the risks of cancer. Did you know that regular exercise has also been proven to be effective in decreasing cancer risks? Numerous studies have shown that the lack of physical activity increases the risks of certain cancer types.  One research conducted by experts at the University of Minnesota showed that women who engaged in moderate-to-intense exercises five days a week for four months are 25% less likely to get cancer compared to those who live a sedentary lifestyle.

Most recently, a study that was published in Cancer Epidemiology, Biomarkers and Prevention revealed that women who took part in intense physical activity are also 25 percent less likely to get afflicted with breast cancer as compared to those with the lowest levels of exercise. The said study looked at the cases of more than 70,000 postmenopausal women for the past two decades.  Interestingly, the study also showed that women who walked for a minimum of seven hours a week were 14 percent less likely to develop breast cancer.

Even men will be able to keep themselves cancer-free if they regularly exercise. In 2005, a Health Professionals Follow-Up study showed that men aged 65 years and above who engaged in a minimum of three hours of intense physical activity like running and biking per week were around 70 percent less likely to be diagnosed with prostate cancer. How does exercise affect cancer risk? There are lots of scientific evidences that suggest regular exercise can help people avoid factors linked to cancer development.

One of these factors is being overweight. Obesity is defined as having a body mass index of 30 or higher. Body mass index pertains to the ratio of the height and weight of an individual. Obese people are more likely to develop and die from certain cancer types like colorectal cancer, kidney cancer, breast cancer, thyroid cancer, and pancreatic cancer. Regular exercise can help people maintain their ideal weight, and thus make them less likely to develop cancer.

Regular physical activity can also reduce inflammation, which could in turn lower cancer risks. Inflammation is our body’s reaction to injuries and ailments. Low-grade inflammation like inflammatory bowel disease is often linked to several cancer types. Additionally, regular physical exercise can alter the level of the prostaglandins, which are chemical messengers involved in inflammation.

Obviously being fit can improve one’s immune system. Even moderate-intensity exercises like brisk walking can improve the immune system, which the body relies on in fighting off diseases like cancer. Finally, being physically fit decreases the chances of cancers which use hormones for growth and spread like breast cancer.  For example, obese women have higher estrogen levels compared to thinner women. So how frequent should you exercise to lessen your risks of cancer? Ideally, you should spend at least three hours of moderate exercise every week. If you can’t go to a gym like LA Fitness or Gold’s Gym, you can break down your weekly exercise into smaller chunks. For instance, spend half an hour every morning running around your neighborhood, and then allot an hour or so of high-intensity physical activity like swimming or a game of tennis during the weekends.

You can start today by making small changes in your lifestyle. You can begin by taking the stairs instead of the elevator, or walking to your office if feasible. Even if you have led a sedentary lifestyle for years, you can become more physically active now to improve your health and decrease your risks of cancer significantly.