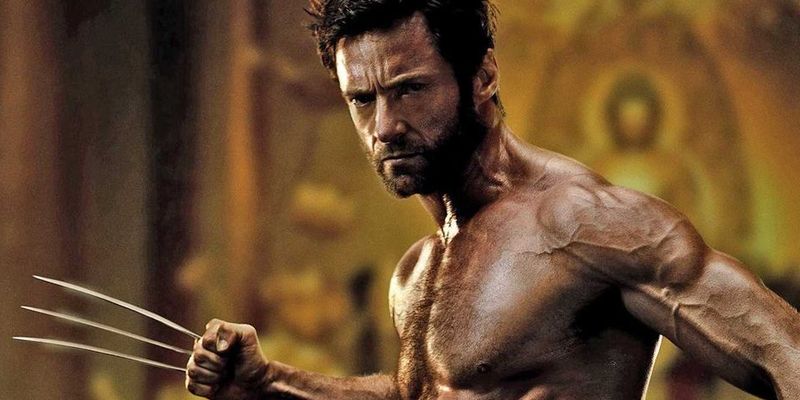 Before Paul Rudd became Ant-Man, he had an ‘okay’ body. He wasn’t fat at all, but not a lot of people thought there’d come a time when he’s going to become super ripped. Same with other male celebrities who went from slim to bulky, or from chubs to smokin’ hot. Although they do these mostly in preparation for their upcoming movies, people often wonder how they achieved that tight, glorious bulk.

Aside from having the proper diet and the top-notch coaches and fitness instructors to oversee their progress, you’d also really have to give credit to the perseverance of the actors. They would say how they persuaded themselves to wake up before the sun rises, spend hours and hours training their bodies, and taking in calories that they normally wouldn’t be able to consume.

Now before you enroll at UFC Gym or Planet Fitness to get those fats burning and muscles growing, get to know what workouts these male celebrities did to give justice to the characters they played.

This one’s a classic. Everyone who had seen his movies, like Fight Club, The Illusionist, and The Grand Budapest Hotel, could see him as a slender gentleman with gentle manners and light gaze. If you’ve never seen his cult classic 1998 movie, American History X, however, you’d be flabbergasted to find out that he once had a rock-solid body, with an enviable chest.

He bulked up specifically for this movie, where he played a neo-Nazi skinhead who went to jail for murder. (Afterwards, sadly, he went back and maintained his lithe physique.) For his training, Edward had a thrice-a-week full-body workout; and between each workout, he had sprint sessions. His lifts composed of compound movements to ensure that he’s able to hit multiple muscle groups each gym day.

If you’ve been living under a rock and haven’t seen the 2015 smash hit Star Wars: The Force Awakens movie yet, it’s not too late to catch it (on DVD, perhaps). One of its lead characters was Finn, played by John Boyega. Although most of the time you’d see Finn sweating like nothing else mattered—because he was wearing Poe’s jacket in the desert—you could still appreciate how ripped his body was underneath.

Once the filming wrapped up and before he faced the press for the promo tours, he went on a rigorous 21-day workout, according to Business Insider. He started each day running at 7.0 speed for 15 minutes on the treadmill. Afterwards, he’d perform various sets and reps of bench presses, pull-ups, pull-downs, push-ups, lat-pull downs, stiff-leg dead lifts, and cardio exercises on stairs and on the football field.

As you’ve probably seen at least one of the X-Men movies in the past several years, you’d surely have noticed the muscleman that is Mr. Hugh Jackman, playing the mutant superhero, Wolverine. And you’ve probably forgotten that Mr. Jackman was once Leopold, a model-like duke, in the romantic-comedy fantasy Kate & Leopold.

The Australian native already looked amazing, but when he started appearing in the X-Men film franchise, people were amazed of how big he got, with bulging veins and muscles. According to his trainer, David Kingsbury, the actor prepared for his role by heavy lifting with 1 to 5 reps to stimulate myofibril hypertrophy. And to boost sarcoplasmic hypertrophy, he followed it with higher rep schemes. He was able to increase his capacity by developing his strength through low rep training and compound movements with heavy sets.

If we’re going to talk about muscle power in movies, the epic 2007 American film would sure lead the pack, with the perfectly ripped King Leonidas and his equally gym-enthusiastic 300 Spartan warriors. Nobody could deny that they were prepared for glory with their stone-hard abs, trunk-like legs, and arms of steel.

Gerard Butler got his Spartan physique by spending four months to get in shape. He said he wanted to look formidable, unlike the kings in other movies, who had ‘a big belly or skinny little arms.’ And because of this, he strived to have a warrior’s mentality. His workout routines included clean, squats, heavy front squats, box step-up, frog hops, bear crawl, Turkish get-up, cardio, bench press, military push press, Arnold press, hammer curls, and so much more.

Whew! No wonder he got to look like he did. With the kind of trainings he (and his comrades in arms) did, it was a shame that their characters all died in the end.

Regardless of what came after once the films have ended, it sure is fun to watch these actors get into their characters not only through acting, but by altering their appearances as well. If they could do it, so could you. Now pack your bag, go to the gym, and start your own warrior workout!