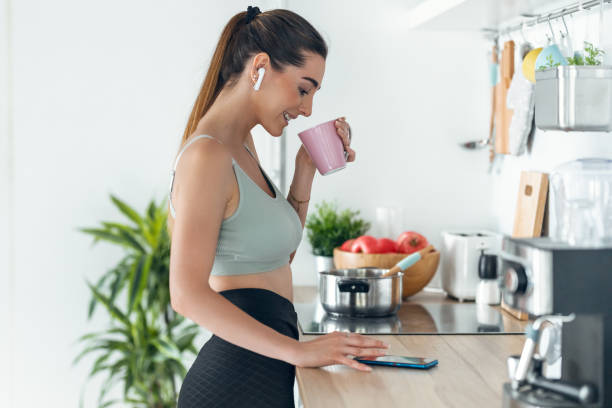 FAQs Regarding Coffee and CrossFit

CrossFit is one of the most strenuous workouts around, as it’s actually a type of HIIT (High Intensity Interval Training) with some competitiveness thrown in. Your workouts involve doing exercises like squats, pushups, and lifting weights, often at full blast for a specific length of time.

This is a type of exercise that will simply leave you fatigued, and you might end up wondering if there’s something you can take to boost your performance. But you don’t need to take illegal PEDs (performance-enhancing drugs) for any workout. You can always say no to anabolic steroids, or any illegal drugs like amphetamines or cocaine. Instead, there’s always the reliable cup of coffee.

On the face of it, this is a rather silly question. Yes, of course it’s legal. About half of the entire US population drink coffee. That’s 150 million people, and that’s just in the US. Worldwide, there are up to a billion people who drink coffee.

But further investigation into the matter reveals that it’s not that simple. In fact, the WADA (Worldwide Anti-Doping Agency) actually used to ban high concentrations of caffeine (the main stimulant in coffee) from all Olympic events. This ban lasted from 1984 to 2004. The ban ended, but mostly because it’s just so difficult to differentiate overly high doses of caffeine from regular coffee consumption.

Nowadays, there are almost no official sports body left that bans caffeine or coffee drinking. The most notable exception is the NCAA in the US, which has limits on the concentrations of caffeine that can be detected in the athlete’s urine.

Still, this concentration can only happen if you drink maybe 6 to 8 cups of brewed coffee about 2 to 3 hours before the athletic event.

How Does Caffeine Help with Workout Performance?

It helps in several ways.

It Enhances Your Strength

The caffeine in your system can boost your muscle and upper body strength. It’s been shown to improve the performance of powerlifters. It also increases vertical jump height, which is terrific for sports like basketball, hurdling, and the high jump.

It Boosts Your Speed

Speed is life for Olympic athletes. Even an improvement of just 1% can affect their medal ranking. And that’s why coffee was banned for Olympic events for 20 years.

Researchers have found that caffeine offers considerable speed improvement for workouts and sports that last anywhere from 45 seconds to 8 minutes. It also improves speed for resistance exercises like squats, sit-ups, and pushups.

If you jog every day, then you really can benefit from that cup of coffee. The caffeine just increases your aerobic endurance. The sports known to really benefit from caffeine include running, cycling, swimming, and cross-country skiing.

When you’re doing anaerobic activities like sprinting, jump squats, and HIIT, you may last a bit longer before fatigue sets in if you have some coffee beforehand. This is been shown in quite a lot of running and cycling events, as those who took some caffeine pills in the studies lasted longer before tiring out, compared to the ones who took a placebo.

This is not yet definitive, since a single study in 2013 involved only 9 men as participants. But that study indicated that drinking coffee before a workout reduced muscle pain and stiffness afterwards.

How Do You Drink Coffee for Your Workout?

The research indicates that the best amount of caffeine is about 3-6 mg of caffeine per your body weight in kilos. That’s 1.4 to 2.8 mg of caffeine per pound of body weight. And you consume the caffeine perhaps 60 minutes before the start of the workout. Let’s say you’re a man who weighs 200 pounds (that’s the average for men in the US). That means you’ll want 280 to 560 mg of caffeine an hour before working out. That’s perhaps 3 or 4 cups of coffee, as each cup on average contain 100 mg of coffee.