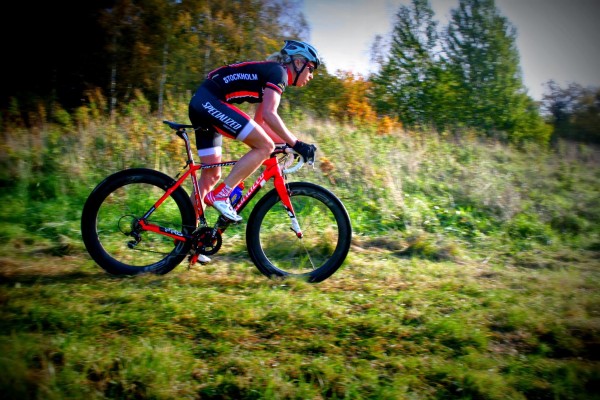 Clock in a Faster Triathlon Time by Using Salt Supplements

Are you a triathlete working hard to deduct a good amount of clock time and come up with a better Triathlon performance? Here is an effective way of doing it, and you need just one ingredient – salt.

Taking appropriate amount of salt in the form of supplements is sure to make you perform faster than you ever did before.

It has been found out from research studies at Camilo Jose Cela University’s Exercise Physiology Lab that triathletes who ingest salt capsules on a regular basis, but especially during run shave as much as 26 minutes from their personal best.

The study involved runners and athletes who were asked to take in a maximum of twelve salt capsules in addition to the energy drinks and water that they consumed as they performed at a Half Ironman, a popular medium-distance type triathlon.

The purpose of consuming the salt capsules was to ensure the replacement of around 71% of the sodium that were lost through sweating.

The consumption of the capsules was spaced throughout the whole duration of the triathlon event to ensure maximum absorption of salt. At the end of the run, the race time of the triathletes taking salt capsules were then compared to that of athletes who were just given sports energy drinks as well as supplement placebos, the combination of which replaced only 20% of the sodium lost thru the sweat.

The results was glaringly in favor of participants who took salt supplements. Each of those who consumed supplements during the sport event was able to log in a performance at a time that faster than athletes who took placebo instead – some 26 minutes faster.

The performance of salt-taking athletes was faster and superior than their placebo-consuming counterparts, apart from the fact that there is a glaring difference between the two groups’ cycling and running speeds. Overall, those who took in salt supplement improved in their speed and overall performances in all three divisions of the triathlon.

The research study clearly proved the need to maintain a good balance of electrolytes and water in order for organs and systems of the human body to perform properly. And since exercises and physical activities compromise such balance, we should rely on specific foods and drinks that will help in regulating sodium levels.

Especially affected by imbalance of water and electrolyte amount in the body are runners and athletes. That’s when salt substitutes and supplements come into play.

Any positive effect on the performance of a triathlete is often attributed to the presence of electrolyte concentration in his blood. Consequently, it makes them want to drink a great amount of fluid during the race (since salt effectively stimulates thirst). Salt improves balance of water and electrolytes during competition.

Hence, it is a must that you as a triathlete should know what your body needs before a race day. You must be ready to implement your water drinking, feeding, and salt taking strategies during training schedules.

Actually here are tips to ensure sufficient presence of sodium in the body, depending on specific needs of the athlete. Included are advices on how to get the most of salt supplements, leading to shaving off of significant time that you log in. 1. It is a must to drink water often during a run in order to stay hydrated.

2. During a hot race, make sure to take in sodium of around 1 gram an hour, as a standard dosage. Remember however, that this dosage might not be appropriate for every triathlete.

3. During your training session and a few days leading to the main event, see to it that you increase your intake of salt by a maximum of 20 grams a day.

4. Sodium is very vital for recovery. You can obtain it by eating food that is not only sufficient in sodium content but delicious as well, like tortilla chips and picante sauce.

5. Make sure that you avoid acetaminophen, ibuprofen, aspirin, and other anti-inflammatory drugs while in a workout session, but most especially during the race proper.

6. Before the main race, workout, or training sessions, be sure to undergo medical check with your physician to determine if you suffer from any health problems.

To summarize, it is worth supplementing yourself with sufficient amount of salt supplement during a triathlon, racing event, or workout. Taking of these supplement is advised during hot days or prolonged physical activities, times when profuse sweating is experienced. Intake of salt supplements will maintain sodium in your body, while keeping you hydrated. Ultimately, it leads to an overall improved performance.

Popular gyms and clubs like Powerhouse Gym and XSport Fitness strongly urge triathletes and runners who take full advantage of salt supplements to obtain the health benefits that they provide. Now, you can look forward to reducing the time that you will clock in by as much as 26 minutes on your next triathlon.