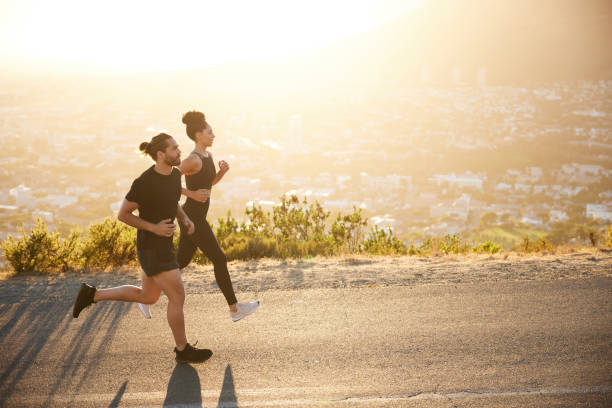 What’s Jeffing and How Can It Help Runners?

When you run 2-3x a week, you will become more and more efficient as a runner over time. But that’s not the only way you can improve your performance. Run-walking, otherwise known as “Jeffing,” has been found to help runners significantly.

Jeffing refers to the run-walk technique developed in 1973 by Olympian Jeff Galloway. He was part of the 1972 US Olympic Team. By reducing the amount of time you spend running and instead combining it with walking, you can cover longer distances.

It’s a commonly used technique for beginners as well as those who took a break from running for a long time as it enables you to build up endurance and strength gradually without putting your body into a lot of strain.

It is also a method utilized by ultra-runners who usually walk the uphills. But basically jeffing can be integrated into running regardless of distances and levels.

How Does Jeffing Work?

With jeffing, you will usually run 1-2 minute intervals followed by 1:30 to 2:30 minute walk. This cycle would initially be repeated for a period of 20-30 minutes. Then as you build fitness, your running intervals will be gradually lengthened while the walking intervals will decrease.

Learning how to “Jeff” is an effective way for anyone who is new to running to build fitness. As previously mentioned, it’s also a good way for runners returning from injury or a long break to rebuild their stamina.

Jeffing enables runners to little by little gain fitness and strength without putting excessive strain on the body, which in turn may cause relapse or injury. Moreover, it lets you cover longer distances than running continuously as it gives you muscles time to recover, so it doesn’t get fatigued too quickly.

Galloway explains that switching between walking and running enables you to distribute the workload across different muscle groups so you are able to boost your overall performance capacity. Plus, the walk breaks also hasten post-run recovery. When you take early walk breaks, you prevent fatigue and when you take walk breaks later in your run, this will eliminate the tendency of muscle to breakdown due to overuse.

The Right Way to Do Jeffing

If you’re thinking about using the Jeffing technique, the important thing to keep in mind is that you should take walk breaks from the start. Don’t wait until such time you feel like you can’t run anymore. Whether you run outdoors or on a treadmill at Fitness 19, the same principle applies.

The earlier you take the walk breaks the less likely you will feel tired in the last leg of your run.

For newbie runners, you should begin with a 5K training plan  which will let you know what interval lengths to take so you can continue to improve your performance. If you are looking to improve your race pace then you can start by walking for 30 seconds at a time and then gradually shorten your walk breaks.

There are runners who use heart rate monitors to let them know how long they should walk. Usually when their heart rate goes back to a pre-determined training zone, they will then resume running.

Always remember that if you’re aiming for a faster time, you should also aim for shorter walks.

Here’s a guide on how to do Jeffing: