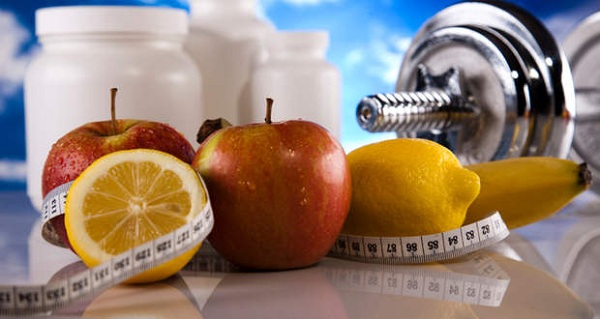 What to Eat Before and After Going to the Gym

People go to the gym to reduce their weight, so they should not be eating anything before and after going to it, right? On the contrary, eating is necessary to fuel our bodies before an intensive workout, and nourish it afterwards. As a matter of fact, there are certain foods that experts advise gym goers to take before and after a workout. These include: Carbs are not entirely your enemy especially if you intend to lose weight. Carbs provide the muscles with the needed energy for lifting weights, or running on the treadmill. Instead of eating rice, consume a toasted whole wheat that is easier for the body to digest. Fruits like banana provide an extra dose of energy, aside from increasing the levels of potassium in the body which decrease when you perspire a lot. Meanwhile, cinnamon stabilizes the blood sugar levels while boosting the brain’s overall function. Like whole wheat, Greek yogurt is rich in carbs.  And it is easy to digest as well, making it before performing intensive physical activities like running for an hour or lifting weights. It’s also best for bouncing exercises which may cause stomach problems after a heavy meal. Yes, coffee can also be considered as a good drink before a workout. According to experts at the Muscle Research Centre of the University of Copenhagen, a moderate amount of caffeine can boost energy and decrease risks of muscle soreness after an exhausting exercise.  A 12-oz coffee should be enough to provide you with the energy boost.

Salmons is rich in protein. It also contains bioactive peptides which are tiny protein molecules that help lessen inflammation, regulate insulin levels and promote good joint health. On the other hand, sweet potatoes have a lot of complex carbs that can help the body in restoring glycogen that diminishes after a rigorous workout.

Chicken is a great source of lean protein and important nutrients like niacin which aids the body in breaking down carbohydrates. Serve with white rice that has a high glycemic index to immediately refill your tired muscles with glucose. If you are not fond of consuming rice, then this sandwich is a good alternative. Tuna has few calories but rich in carbs and protein. Serve it with the fiber-rich humus plus spinach that curbs your appetite, boosts complexion and reduces inflammation and blood pressure levels. There’s a reason why the fruit smoothie is a popular post-workout food for gym rats. It is very versatile and convenient to prepare.  It provides the much-needed potassium that the body requires after an exhaustive workout. It replenishes fluid and electrolytes that you lost through perspiration, and the carbohydrates that were depleted by the muscles after working out. It also gives protein that the muscle needs in repairing damaged tissues.

These are just some of the foods you can eat before and after going to the gym. Speaking of gyms, there are numerous gyms that you can choose from in case you have decided to end your sedentary lifestyle.  These include Gold’s Gym which has become the destination for celebrity health buffs. If you want a cheaper alternative, enroll in LA Fitness that has more than 500 outlets in the United States and Canada.