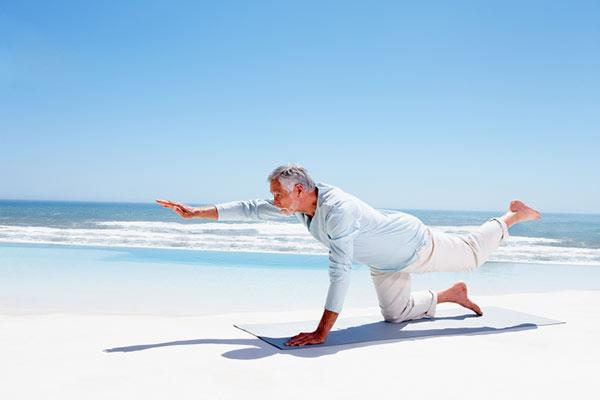 Want to Be Pain-Free When You Reach 100?

If you haven’t done real squats lately, you won’t be able to do it for around 10 minutes without feeling the pain. When you bend your knees until your calves are in touch with the backs of your thighs, you will feel the pain in just about a couple of minutes.

Squatting is Easy Long Ago

People are used to squatting long ago. It just comes naturally to people almost everywhere. But what happened? Now, we have people working out at gyms such as Koko Fit Club and American Family Fitness, and yet most of them can’t just squat and hold it for at least 10 minutes without crying uncle. Maybe we need the information that Kelly Starrett is offering.

Kelly Starrett is the author of the book “Becoming a Supple Leopard.” This book has sold more than 100,000 copies. He is also a physical therapist and an owner of a CrossFit gym. Another book which he also wrote, entitled “Ready to Run” is currently number one in Preventive Medicine.

Starrett holds a concept that makes him a different kind of physical fitness trainer. He believes that modern Homo sapiens could learn to sit, stand, walk and generally move a lot better.

“Every human being should be able to perform basic maintenance on themselves,” says Starrett. That concept may not be hard for the average person to accept. But then Starret also has some unbelievable ideas. He says that if you get your movement right, your joints will last for about 110 pain-free years.

Starrett has a very good reputation among his adherents that’s why he is able to make this seemingly outrageous claim. A friend says Starrett is “the giant man in the undersize shirt.”

Rightly so, since Starrett has the credentials to say what he is saying. He has competed in kayaking, canoeing, and whitewater rafting. He even won two national titles at age 25 and 26. The constant paddling twice a day for most of his early life eventually caused him to lose sensation in his hands.

“I asked around, and they said, ‘Yeah, that always happens,’” says Starrett. The condition of his hands led him to get a doctorate in physical therapy and open a CrossFit gym.

This combination allowed him to teach movement under a wide range of conditions, all aimed at correcting and preventing injuries.

His book, “Becoming a Supple Leopard,” allots 18 pages on the correct form of squatting, three pages on chair sitting and a page and a half on standing. “Feet straight, back flat, belly tight, head neutral and shoulders externally rotated in a stable position,” his book says.

However, not all people subscribe to Starrett’s approach. “It hasn’t been shown that posture is the leading cause of pain,” claims Anoop T. Balachandran, an exercise physiologist at the University of Miami.

Balachandran says that informing people that they will be injured if they don’t practice the right posture might cause anxiety that actually worsens pain.

Starrett also admits that there are no randomized controlled trials to show that living 110 pain-free years is possible, or that people may be able to squat without feeling the pain. But he says his education and experience are his track record.

“If you can’t see change, there is not change,” he explains. “But you can measure change in range of motion, depth of squat,” he adds.

Even then, Starrett was able to negotiate consulting gigs with the military, Tour de France cyclists and the New Orleans Saints and many others, teaching his concepts about staying pain free until you are 110 years old.

With the modern world requiring more physical challenges because of our deskbound lifestyles, Starrett’s approach seem to be gaining a good number of adherents. This is manifested by the many people flocking in his gym and its more than 11,000 affiliates.

However, if you are deskbound and you suddenly felt the urge to run, lift weights, twist your body just like what is required in a CrossFit gym, your chances of getting injured is great.

A Journal of Strength & Conditioning Research survey conducted in 2013 revealed that about three-fourths of the participants hurt themselves by doing it, with 7 per cent even requiring surgery.

This rate is even higher compared to Rugby and other contact sports. But CrossFit contradicts this premise saying that it “includes fallacious conclusions and unscientific language that presents the data very poorly.”

Starrett has his own take. He puts the burden on the individual participant: “The problem is your ego. It feels good to go hard,” he explains.

His campaign has led him to buy standing desks for his children’s school. He wants to raise awareness about the consequences of sitting too long in the classroom. Starrett is determined to bring his concept of staying pain-free until you grow old to non-athletes.