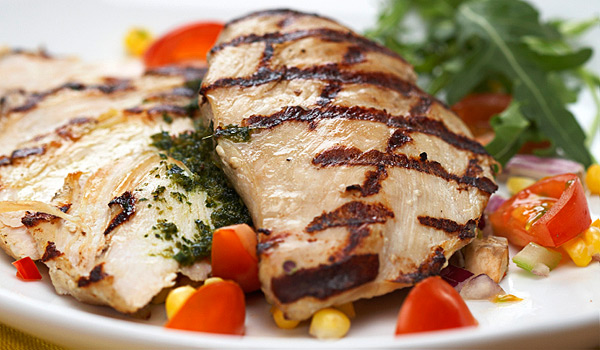 Tips For Weightlifters: What You Eat Is As Important As When You Eat

If you’re into some serious weightlifting, diligent training is only the other half in attaining an ideal physique. Nutrition is, admittedly, that other half which most sometimes weightlifters take for granted. Protein, for instance, is the typical weightlifter’s idea of muscle formation and muscle strength. What you eat matters significantly as much as when you eat.

You probably have heard all about eating a variety of foods before and after a workout, but weightlifting is much more than a workout; the bulk that you managed to put on should be sustained with the most suitable meals which, according to fitness experts, should contain not only of protein but fast-digesting carbohydrates.

Stocking Up on Glycogen Faster

Eating foods rich in carbohydrates two hours after lifting weights will enable your body to stock up in glycogen much faster. A meal after working the muscles also helps halt the breakdown of protein. Muscle gain is activated by anabolism or protein synthesis while catabolism or protein breakdown slows down the muscle growth process.

The equation thus far is: protein building minus protein breakdown equals either growth or loss of muscles. Muscle proteins downgrade and then rebuild much faster than the regular rate after normal weightlifting. Theoretically, consumption of protein/carbohydrates immediately after weightlifting can slow down the breakdown of muscle proteins by spiking the body’s insulin levels.

When fewer of these muscle proteins are destroyed immediately after a weightlifting session, muscle growth increases. Protein consumption after a weightlifting regimen helps increase the rate of synthesizing muscle proteins. This boost may help increase muscle mass production. An “anabolic window period” enables the body to recover faster to gain muscles if food is consumed immediately.

Chocolate Milk Instead of a Protein Shake?

Dairy is one food rich in protein content; it comes in two types: casein and whey. Casein is slower to digest and keeps you fuller for a longer period of time, while whey helps in muscle breakdown prevention, according to nutritionists. Low- or non-fat cream cheese, Greek yogurt, and cottage cheese would be good protein sources after weightlifting; the addition of pineapple, raisins, raspberries, or strawberries can give you an extra carbohydrate lift.

Many weightlifters and those who include weights in their overall workout consider protein shakes as the be-all and end-all of post-weightlifting regimens. Chocolate milk is one option that weightlifters should consider, not only because it is cheaper but because it has pretty much the same nutritional properties as a protein shake. This is one exception to ingestion of the fat in whole milk, which may increase muscle protein synthesis to enable the muscles to recover much quicker from a workout than low- or non-fat milk in protein shakes.

Have Protein and Carbohydrates in Combination

There isn’t one single meal that a weightlifter can eat, or keep on eating, to maintain muscle growth at a rate which can improve the physique. Peanut butter and sliced bananas on three or four pieces of rice cakes, a tuna sandwich, pita bread with hummus spread, a couple of turkey slices with a few ounces of cheese and an apple, and two or three slices of pizza with lean meat and cheese toppings can be great post-weightlifting meals.

Splitting your food plate into three portions to include protein, vegetables, and carbohydrates can work wonders for your muscle growth, according to sports nutritionist. A medium-sized chicken breast with stir-fry broccoli, carrots, and spinach and brown rice, a 6-ounce tuna fillet with sweet mashed potatoes and green beans, or a lean steak with cauliflower, zucchini, sweet corn, and tomatoes are relatively simple meals that pack a punch in carbohydrates and protein.

Fasting overnight and then doing your weightlifting regimen may sound crazy, but you will obtain better results when you eat a meal with carbohydrates and protein immediately after such a regimen. The breakdown of protein is much higher after undergoing a fasted workout. Immediate food consumption after a weightlifting session can slow protein breakdown and increase the rate of muscle growth over a period of time.

Weightlifting at Bally Total Fitness three to four hours after you last took a meal is sufficient time to enable post-weightlifting nutrition. Your body’s levels of amino acid are kept high between five and six hours after ingesting a meal, giving you time to take a shower, go back home, and do other activities. After such time, your amino acids will go back to their fasting level stage. Around 25 grams of any protein-rich food ingested at this time can help you gain muscles quicker over a period of time.