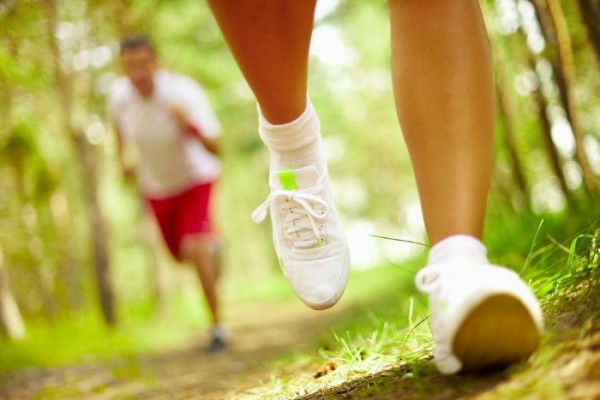 For those who want to turn to a better and faster runner, to the point that he can qualify as a runner at a Marathon, here is the so-called running 101, a program that can be attributed to Mannochia. This short course is an effective way of avoiding injuries which can be a possibility for even the most experience runners.

In the US alone, 80 percent of 53 million runners had experienced various forms of injuries. This doesn’t include athletes of other sports who got injured while doing some running moves.

In these modern days of running, injuries can be in the form of broken bones, runner’s knee, planter fasciitis, stress fractures, iliotibial band syndrome, and shin splints. Most of these injuries are painful, which can even lead athletes into wanting to give up the sport altogether. One rule to better running is for people to do it as frequently as possible. And since running is one of the few sports that don’t require coaching (and so lacks the guidance and motivation of a professional), it is your sole responsibility to push yourself further into becoming a better runner.

In order to become a good runner, practice must be consistent. It cannot be reiterated enough that the sport is a skill that can be acquired, and is not inherent. It cannot be said that no individual has a talent to run. Some are, in fact, really great, talented runners. However, most are not.

It’s not true that you have to go through sufferings and injuries before you can end up a world class runner. It’s all about consistency in running, while taking notice of the right form.

A pair of running shoes is in order

As a runner, you must know how to prevent any injury. One way is by using the most comfortable pair of running shoes that you can wear. Go for a reliable brand that boasts of shoes made of light and sturdy components.

Don’t start running until you own a tough pair of running shoes. It is recommended to use a new pair, as it effectively works in minimizing any possible injuries typical to runners. Proper shoes helps a runner maintain his best form while performing to the optimum.

Interest in the sport is vital

For those who are serious about becoming a skilled runner, it is a given that they are interested in the sport. It is a must that they cultivate this interest and be aware of other benefits that running offers in order to improve in their performance.

Romanov, a teacher of biomechanics and trainer of the Russian track team in the seventies, developed this method. According to it, running is not some jumps off the ground – it is actually a continuous falling act. A proper run is falling forward while catching yourself later on. Then you fall again, and catch yourself gain.

Try to run like how a skier skies. He performs a long series of fully controlled falls happening back and forth as he goes down the mountain slope.

Currently, Romanov’s Pose Method is gaining great interest in the running world. In fact, CrossFit and many of its trainers have used this method to develop strength and body conditioning. All types of Runners can take full advantage of such method.

Pose Method is made up of three phases, the pose, the fall, and the pull. And these three phases must be mastered by any runner who is serious in finding his proper running form.

All runners go through this method, which is just a specific moment of body balance on a supporting foot. When you are in motion, you look like a figure 4 from the side. Finally, the supporting foot and leg is pulled off the floor. As a runner makes such motions, it is a must that he does them efficiently. Unfortunately, many runners does the pose method the wrong way.

In order to run efficiently using these method, runners are advised to maintain a perfect stance and posture that will keep the ankles, hips, and shoulders as aligned as possible.

Runners must then free-fall to the front – this can be done by moving the hips over the ball part of their feet. Knees must always assume bent position, while putting the body weight onto the feet’s balls. The feet themselves must be pointing forward. Immediately after falling, runner should pick up his support leg. Do not become fixated on landing, but instead, have focus on pulling up the supporting leg.

CKO Kickboxing and Koko Fit Club remind runners to run while maintaining the correct pose and form. This can be learned via consistent training until the pose method becomes second nature. According to Running 101, pose in running is a necessity. Moving properly ensures excellent running, with your joints, muscles, and tendons staying healthy because they move the way that they should.