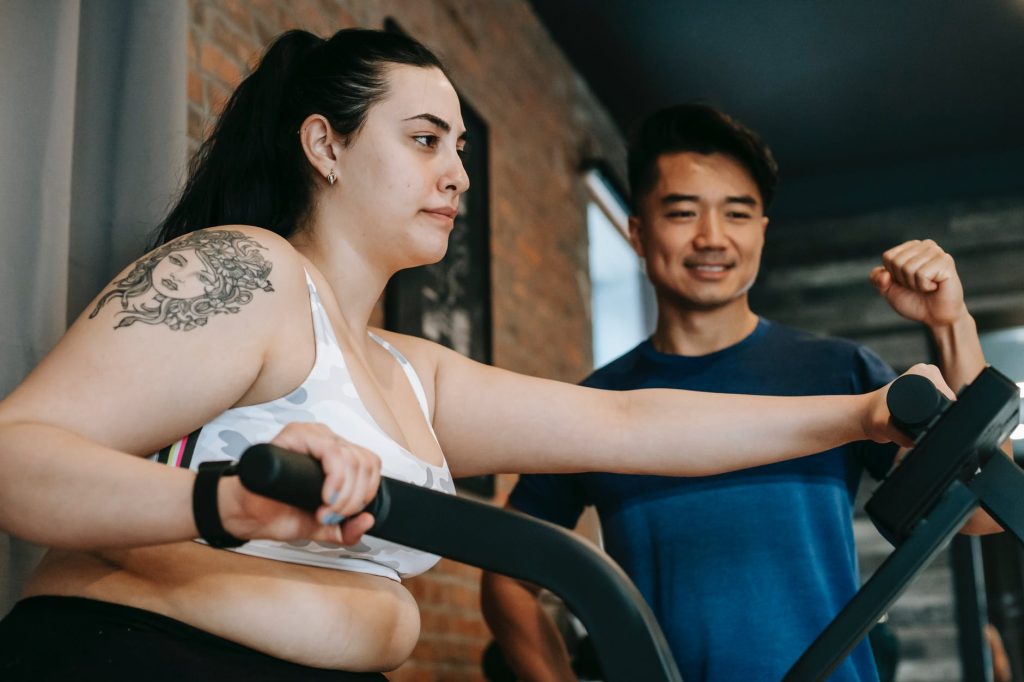 Most Efficient Exercises for Burning Calories

Yes, these days it can be very hard to find the time to exercise. However, it’s simply necessary. It’s not enough that you limit your calorie intake. You also need to burn them off, so you can make sure those calories don’t turn into fat deposits and extra pounds on your frame. That’s why it’s great gyms such as Max Fitness exist.

But you don’t really have spend hours exercising each day. Even half an hour of exercise can help, as long as you pick the right exercises. When you’re pressed for time, try to focus on these particular exercises when you’re trying to burn off the fat:

While you can do this on the road, you’re probably better off with a stationary bike at the gym. That way, you don’t have to worry about the traffic, pedestrians, or potholes.

You can just focus on burning the calories, which you can really do efficiently with this exercise. Even a moderate pace for a person who weighs 155 pounds can result in burning off 260 calories after half an hour. You burn off more calories if you weigh more than 155 pounds.

Boost your speed to an average of about 13 mph (which is still a moderate pace), and you can burn off 298 calories in that time. It’s also much better for your knees.

This is arguably the most popular form of exercise, since you can do this outdoors or indoors (with a treadmill at the gym). However, there’s a difference between jogging and running.

Jogging requires you to maintain a speed of about 4 to 6 miles per hour. That’s enough so that if you weigh 155 pounds and jog at an average speed of 5 mph for half an hour, you’ll end up burning off about 298 calories.

Increase the pace to 6 mph, and you boost the results to 372 calories.

Running, on the other hand, is faster than 6 mph. And that means you’ll burn off more calories, although you’ll have to factor in the impact on your joints and the fatigue factor. But this exercise also helps in burning off belly fat, so you can really enjoy a trimmer stomach.

This is slower than jogging, with a top speed of about 4 mph. But that’s enough for a person who weighs 155 pounds to burn off 167 calories in half an hour. It’s not as hurtful for your joints, either.

It’s not as tiring to do, and you can probably incorporate an hour of walking into your daily schedule. Do this 3 times a week for 12 weeks with a mild pace of 4 mph, and you can trim off more than an inch from your waistline.

This stands for high intensity interval training, and many consider this as the most efficient calorie-burning exercise. Studies confirm that you can burn off up to 30% more calories compared to other exercises such as running, cycling, or weight lifting.

It’s basically a version of running or cycling. With HIIT, you mix in highly intensive bursts of activity, with moderate activities in between.

For example, you can sprint as fast as you can for about 30 seconds, and then you slow down and jog for the next minute or two. You can then repeat this pattern for half an hour. Even a 10-minute version of this can really help out.

When you lift weights for half an hour, you can burn off about 112 calories if you weigh 155 pounds. that doesn’t seem like a lot, especially when compared to running, jogging, or cycling.

But with weight training, you also get other benefits. It boosts your metabolic rate, meaning that after exercising, your body burns off more calories more effectively. The increase in metabolic activity means that you can end up burning off an extra 140 calories during the day.

In addition, you also develop muscles. That makes you stronger and healthier.

If your gym has a pool, then you’re in luck. Swimming is very effective in burning calories. It’s not going to hurt your knees. It’s also fun, which means you’re less likely to quit your routine.

In general, you can burn off about 233 calories per half an hour, if you weigh 155 pounds. But it actually depends on what type of swimming you’re doing. These are the most efficient calorie burners when you’re in the swimming pool.

Yes, you can also try yoga and Pilates. But if you don’t have too much time and you want efficient exercises, then these exercises are what you need to focus on!