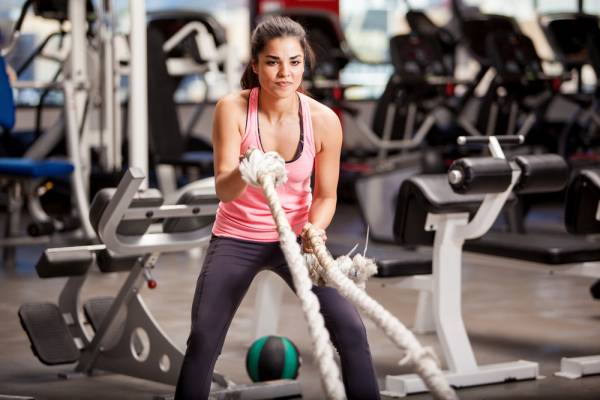 The Instinctive Training Principle created a lot of stir in the bodybuilding community in the early 80s when so many were used to performing a fixed routine composed of a set of exercises in a certain sequence for at least 12 workouts before making any slight variations to the program. According to the new concept, the muscles have to be subjected to something new in every workout to sustain continued muscular development. There are, however, a few objections to the Instinctive Training Principle and here are just some of them.

An Opportunity to Slack Off

The Instinctive Training Principle provides total authority to the trainer to design his workouts according to how he feels for the day; this includes reducing the weight, reps and exercises even the duration and intensity of the session. The greatest argument against this is that there will come a point when the trainer can no longer tell when the decision to decrease the level of intensity or skip the entire workout will still be intended for the benefit of the overall training goal or just a case of slacking off.

Trainers who were stuck to a fixed routine had to find a source of motivation for workouts when their energy levels and enthusiasm were low and, they still had productive workouts. Trainers who adopted the more relaxed philosophy skipped a lot of workouts and just had breakfast instead.

Then, there is also the problem of trainers training their favorite muscle parts and neglecting the ones they liked training least. The Instinctive Training principle created a lot of bodybuilders with bird’s legs.

Of course, if one is left to his own wishes, he will train for fun and very few people liked to dig down for squats and deadlifts. Trainers did a lot of bench presses and that’s exactly what the revolutionary concept developed; bodybuilders with man-boobs and pigeon legs.

When Trainers are doing different sets of exercise in every workout, there is no assurance that each workout will be more intense than the previous one. The best way of ensuring progressive intensity is by doing the same set of exercises in a particular sequence while increasing either the weight or repetition. Only when we have the components of exercise and sequence fixed can a trainer apply the growth-producing variables of higher repetition or heavier loads into each workout to ensure continued muscular growth and development.

Genetically-gifted bodybuilders as in the likes of Vince Taylor managed to attain great physiques with instinctive training but trainers like Frank Zane, whose genetic qualities represent the majority of trainers, still relied on the traditional programmed workouts to achieve physical greatness.

While the Instinctive Training principle remains to be a popular training concept, causing a lot of unrealized fitness and aesthetic goals, a gym called the Koko Fit Club has done the opposite and have worked towards perfecting the Progressive Resistance rule by digitalizing and personalizing each of its member’s workouts. It’s a gym where the key to the customer’s fitness success rests on his “Gym Key” where all the information about his goals and gym history are stored and where his current workout instructions are being conveyed.

In the end what is it really? Should one follow a concrete workout plan or should one just go to the gym and do whatever he feels up to? If a trainer decides to just do what he feels like doing, he might as well just skip that trip to the gym altogether and proceed to a McDonald’s.