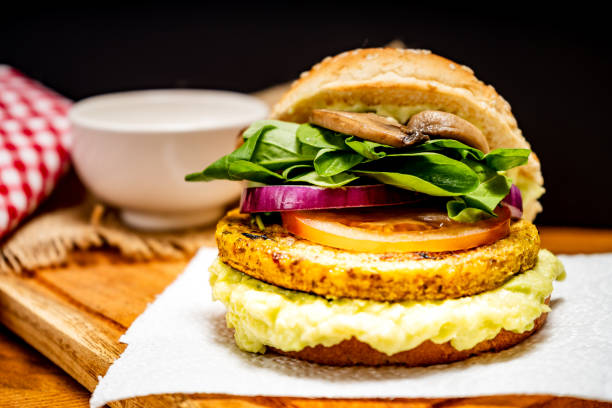 Bulking up at your nearby New York Sports Club generally tends to come in 2 phases. First, you bulk up your muscles. Then that’s followed by the cutting phase, when you get rid of your body bulk while leaving the muscles intact.

You see, the issue here is that you need lots of protein to build up your muscles. But that often comes with a large number of calories as well, which your body then usually transforms into fat. You then have to burn off those fat cells in the cutting phase.

It doesn’t help if you’re a fan of fast food, as the meal options in these places aren’t exactly healthy. But you can reduce the damage by going only with the menu options that offer high levels of protein without loading you up with too many calories.

Here are some excellent high-protein options where the calorie count doesn’t exceed 500 calories. We also tried to limit the saturated fat content and the sodium level, so you don’t get high blood pressure!

The regular tenders aren’t exactly a healthy choice, but these tenders are great. This menu option offers a whopping 43g of protein while you only get 283 calories. And it comes with zero saturated fat, while the sodium level isn’t terrible at 917mg.

The chicken here sure tastes like home cooking, and it’s a great choice with 45g of protein. And you can make it better for yourself if you go with the steamed veggies on the side instead of the usual mashed potatoes or the mac and cheese.

Okay, the fried chicken options at KFC aren’t all that healthy. But go with this grilled chicken instead, and you’re getting 39g of protein with just 235 calories. The 970mg of sodium isn’t a disaster, and you’re only getting 2g of saturated fat.

Contrary to popular belief, lots of fast-food salads aren’t actually all that healthy, especially when they offer high amounts of protein.

Okay, for some people, salads aren’t really delicious fast-food fare. This sandwich is certainly delicious, and it’s still under the line at 470 calories to go with your 33g of protein. Plus, you’re also getting 7g of saturated fat and only 880mg of sodium.

You still have to modify this bunless chicken sandwich to make it truly healthy for you, but it’s worth the effort. You have to specify that you don’t want the bacon and mayo.

And with that change, you’re getting 24g of protein with just 240 calories, 4g of saturated fat, and only 580mg of sodium!

I ONLY ATE HIGH PROTEIN FAST FOOD ORDERS FOR A DAY