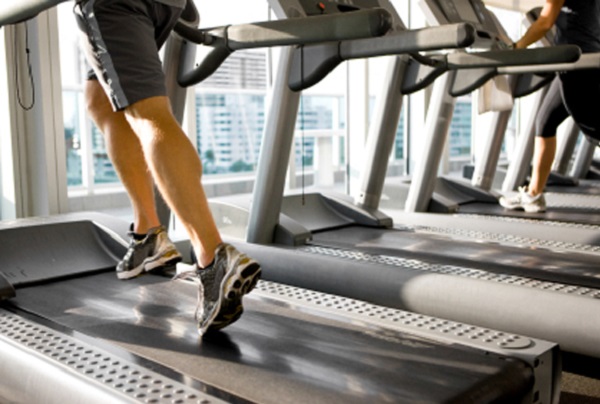 You have worked hard at the CrossFit gym for months now. You’ve even eaten healthy foods like green and leafy vegetables and cut down on your intake of sodas and oily food. But you still have a hard time wearing your skinny jeans. Worse, your back hurts most of the time. The problem may not be on your diet or workout schedule, but on the way you conduct your exercises.

Here are some of the common exercise mistakes that people like you commit in the gym. Check out the list and make an honest assessment on whether you commit these gaffes or not. And if you do, why not make a conscious effort to avoid these errors the next time you go to the gym.

Holding on to the treadmill rails It feels a lot easier to run on the treadmill when you hold on to the rails. After all, it partly supports your body as you move. But this is an incorrect form when using the treadmill, aside from preventing yourself from burning a greater amount of calories. So the next time you hit the treadmill, stand firm and avoid placing your hands on the rails.

Sitting either too high or too low on the stationary bike can strain your lower back. A stationary bike seat that is elevated too high can cause Achilles tendon injury, while a seat that is too low prevents the full use of the quadriceps. So how would you know that the seat is raised at the proper height? When you executed a pedal stroke, the leg that is pushed downward must be completely straight, with the foot parallel to the ground.

Using too much arm strength when on the elliptical trainer Pulling or pushing with the arms on the elliptical trainer puts a lot of focus the arms while reducing emphasis on the toning of the legs. There is also a tendency that you’ll get tired easily when you use too much arm strength instead of using your legs.

Slouching on the stair climber Avoid slouching and leaning on the stair climber. Not only does it reduce the amount of calories you can burn, but also irritate the tendons since you are putting a lot of weight on your wrists. The best way to use the stair climber is to stand up straight with the elbows down and near your body. The hips must also be directly under the shoulders. The rails can be used to keep your balance. When using the rowing machine, remember that your power must emanate from the legs. Avoid bending forward and pulling from the back as it can strain your lower back.  Begin the workout with the knees bent and arms stretched forward as you hold on to the handle. As you extend your legs, keep your arms straight before bending it at the elbows so you can move the handle near your stomach.