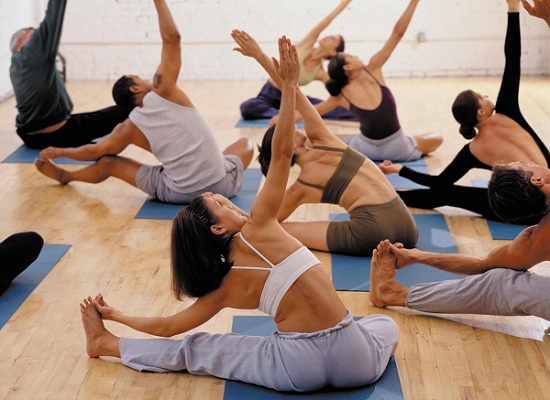 Can Yoga Or Pilates Help People with Vertigo?

Although yoga and vertigo are not typical combinations, people who are afflicted with the latter are on the lookout for non-chemical alternatives to resolve their vertigo issues. The practice of yoga, in fact, has been touted as one of the most suitable fitness and wellness options available for those suffering not only from vertigo but balance-related medical conditions.

Vertigo is a common condition of lightheadedness or dizziness which can make the individual experiencing it think that the surrounding he or she is in is spinning. Although vertigo is not life threatening or serious, anyone who experiences it should see a doctor as soon as possible in order to identify what is causing it; treatment of vertigo is usually dependent on its cause/s.

Based on the doctor’s evaluation of the severity and frequency of the vertigo, the patient is usually advised to make dietary changes and exercises such as yoga or Pilates; these are explained below to help the vertigo-afflicted to make well-informed decisions on the most suitable treatment is available for their ailment.

While dizziness may be triggered by physical movement that halts abruptly, vertigo doesn’t need any stoppage of bodily motion to be triggered, “it just happens.”The illusion of movement happening and spinning the vertigo-afflicted may be accompanied by common vertigo symptoms such as abnormal movements of the eye, excessive sweating, vomiting, and nausea. Vertigo is a sporadic and infrequent occurrence for most people, an issue of fluid or calcium build-up of the inner ear. Other causes include viral infections, migraines, and neck or head injuries. Restorative yoga may be able to help the vertigo-afflicted to acquire balance and feel grounded.

Practicing close to the wall at a gym like Planet Fitness to balance postures used for yoga poses, for instance, is recommended as is standing or sitting up slowly with poses which require bending forward. In either the Side-Angle or Triangle pose, the yoga practitioner should look forward instead of up at the arm. Poses which require neck flexing and back bending like the Shoulder, Bridge, and Plow poses should be avoided.

Yoga starts out as a simple series of exercises. A vertigo sufferer, however, may need the supervision of a professionally-trained instructor from the onset since some of the poses required by yoga actually stretch and work out several least commonly used muscles in the body.

One of vertigo’s most common causes is insufficient or improper blood circulation, a result of constricted blood vessels as well as nerves; these can be alleviated by practicing yoga poses such as the malasana, which requires squatting on the haunches with the feet together, the soles and heels resting on the floor.

The Malasana or Garland Pose

After ensuring that the soles and heels are firmly rested on said floor, the knees and thighs are “widened,” moving the body into a forward position until the armpits are extend over knees. Bend forward, grab the back of the ankles before exhalation, and move the head down to toes, to rest the forehead for a minute or two; repeat once more.

Yoga poses other than the Malasana to improve the management of vertigo include:

It is always advisable to check with your doctor first before embarking on any physical fitness or wellness program. For all its benefits, yoga may prove hazardous for vertigo sufferers if not practiced properly. If your doctor gives you the go signal to take up yoga, get a qualified guru or professionally-trained yoga practitioner to ensure that you are doing the appropriate poses for your preexisting vertigo condition.

You can do yoga poses under your trainer’s supervision at a gym such as CrossFit but remember to avoid the complicated movements of Bhastrike Pranayama and all inverted poses. Maintain deep breathing during your performance of the yoga poses but don’t engage in breath retention while doing breathing exercises or asanas.

The common notion that Pilates shouldn’t be practiced by people who have vertigo is unfounded and based on the misconception that Pilates exercises could exacerbate the condition because these are performed horizontally. On the contrary, pilates can be easily adapted to meet the requirements of a regular workout.

The Roll Up, for instance, can be executed by vertigo sufferers by not rolling down all the way, and the Abdominal Series can be done if rolling up rather than lying down to rest. You need only ensure you get up back slowly by rolling over to your side when performing Pilates exercises that require lying down. Exercises such as the Standing Arm Work type are also helpful to the vertigo-afflicted.