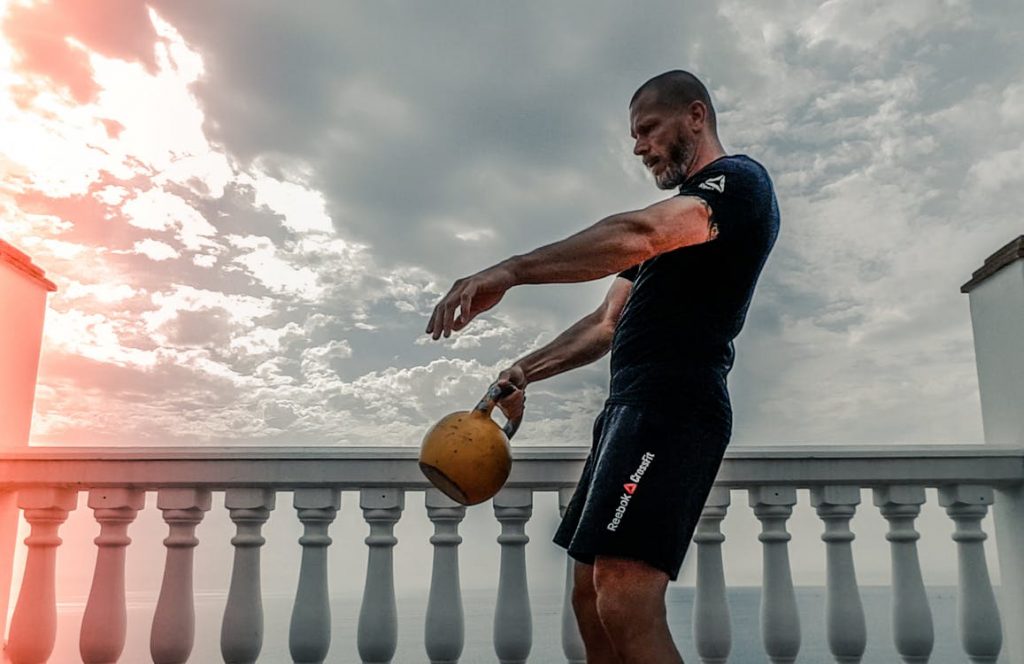 Being Safe During Kettle Bell Workouts

Kettlebell exercises are among the most physically and mentally demanding strength training workouts. The weight itself combined with the range of motion demanded in the performance of kettlebell exercises contribute to the high-reward, if high-risk, nature of these exercises.

And herein lies the tricky part of kettlebell workouts.  The risk of injuries, such as sprains and strains, is higher with these exercises, especially with incorrect form and technique. In fact, personal trainers in gyms like Gold’s Gym recommend the use of kettlebells for people who have a certain level of fitness.

But don’t let the risk of injuries deter you from enjoying the rewards of kettlebell exercises. Here are three tips that you can adopt to do so.

Move from Your Hips

When you adopt a hip-first mind set during your kettlebell exercises, you’re more likely to get the most from the movement and less likely to get injured. You have to move from your hips, not from your knees or back, which will also mean a more stable form.

Your personal trainer can demonstrate the proper way of moving from your hips.

Get the Arc Right

Many kettlebell exercises involve making an arc with your hands while holding a kettlebell. But many beginners make the mistake of getting the arc either too little or too much, thus, resulting in minimum exercise impact or maximum injury risk, respectively.

You have to tame the arc, so to speak, and remember these tips:

In most, if not all, types of exercises, slouching isn’t recommended because it puts the spine at risk, among other effects. In kettlebell exercises, it’s also a big no-no because the back in general and the spine in particular can be injured either during the up or down movement.

Kettlebell exercises are becoming more popular among athletes, such as for cross-training, but these should also be performed correctly.  You must always have safety in mind, whether it’s staying loose at the arms or staying tight at the waist.